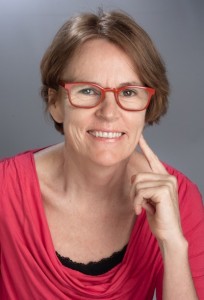 “What me, have my hands read? You must be kidding! This was my first reaction when a friend suggested that I have my hands and fingerprints analyzed. The truth is, hand analysis is not at all what you think it is. And, it’s certainly not for everyone. It takes a certain amount of courage to own up to your full potential.”

Jena Griffiths is an IIHA internationally certified Master Hand Analyst and faculty teacher. She has been analysing hands since 2004, studying under the direct supervision of Richard Unger for a number of years. (Yearlong certification (CHA), Advanced yearlong certification (AHA) and Master certification (MHA).
In 2010 Jena founded Earth School, where she hosted weekly online classes every week for 6 years with Richard Unger, author of LifePrints and the teacher of all other professional hand analysts. The objective was to help fellow hand analysts all around the world to learn directly from Richard and take their skills to the next level.

Besides her master certification, Jena also has a BA, a Bsc degrees in psychology, geography and anthropology, and post graduate degrees in Geography/climate and education plus further training in counseling psychology.

Background:
Jena’s mother was Scottish/Irish and her father Welsh/Cornish. She was born in South Africa and after graduating from the University of Cape Town spent a year as a field worker for EDA (Environmental Development Agency) she then switched to teaching before taking a year off to go travelling, sailing and backpacking up to Alaska and back through Canada and the USA. She was SA triathlon champ in 1989 and South Africa’s top cyclist in the late 80’s and early 90’s. She pioneered women’s cycling in South Africa starting the first semi-professional team. Her passion has always been writing and she spent a decade in the trenches working as a copywriter in the advertising industry. In the mid 90s she took a sabbatical to ‘go sailing’ and in doing so changed her life completely. She sailed around the world. In Fiji, she fell in love with a Swiss sailor and the couple later ran charters together in Thailand where their son was born. When her was 2 years old the family sailed across the Indian ocean. From Thailand to South Africa via Indonesia, Sri Lanka, Maldives, Chagos, Seychelles and Madagascar. Read about “growing up afloat” here.

The family moved to Switzerland in 2002. In 2004 she met Richard Unger during one of his visits to Switzerland and, after deciding she wanted to learn hands, surprisingly, the universe collaborated, and suddenly Richard was running a yearlong and then later an advanced yearlong certification course right on her doorstep in the country about an hour from Zurich, Switzerland. Jena went on to study for a master certification with Richard and then, in order to bring his work to a wider audience, also hosted him online every week for six years for students around the world.
These days Jena consults and teaches in Switzerland and also internationally.

“I’ve studied far too much during my life, got lost far too often and would certainly never have seen what was right under my nose if it hadn’t been for hand analysis.

I don’t regret anything I’ve done, but I sure wish I’d discovered hand analysis earlier. It gives me such a clear lens to understand everything going on in my life and what to do about it.

We heal the world by healing ourselves. Let me show you how.”