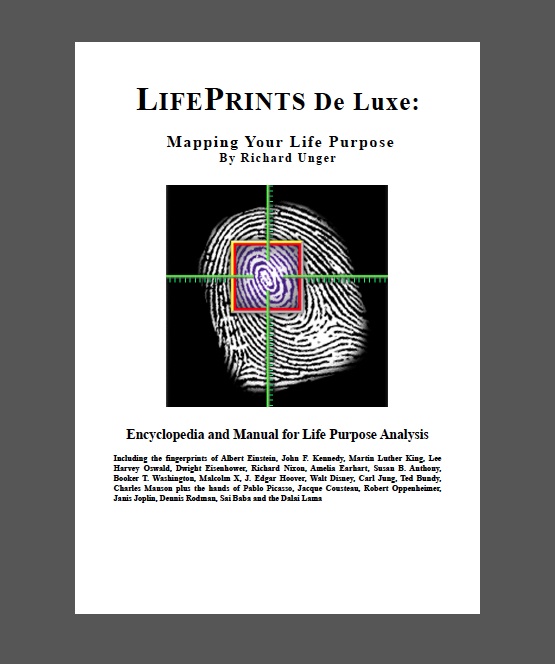 (This expanded edition is only available as an ebook.)

What’s the difference between LifePrints DeLuxe
and LifePrints? And why buy it?

LifePrints DeLuxe is an invaluable reference guide.
It overshadows the smaller printed volume in both depth
and breadth and is more than 200 pages longer.

The DeLuxe version is full color with a lot more images
photos and illustrations. 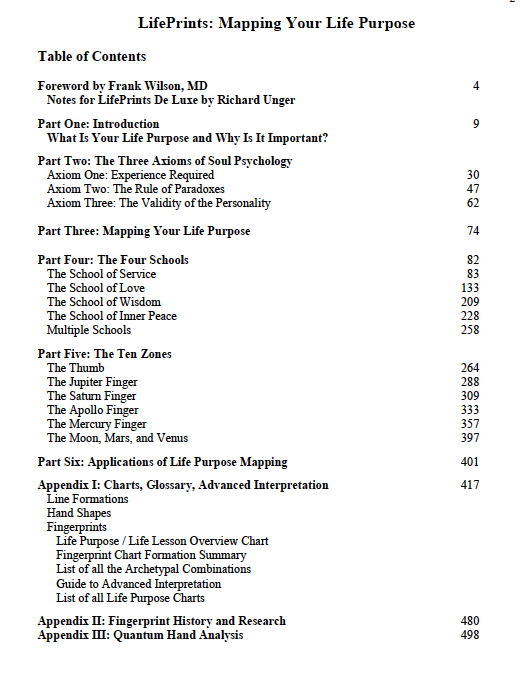 It contains much more of Richard’s soul psychology thinking.
(At least 40 more pages.)
It’s worth buying for this section alone.

Then there’s the fingerprint identification section.
With simple diagrams and clear images to help beginners
identify their type.

Unlike the printed book, it includes examples of every
possible life purpose plus school combination and several more stories
for each combination to help you better understand each scenario.

Also, a lot more famous hands are discussed: 27 in the ebook
as opposed to only 12 in the printed version. 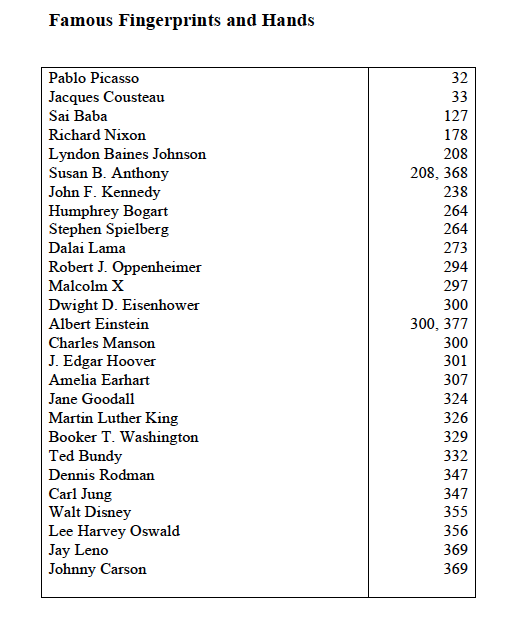 Then it includes a few pages on each of the mythologies
(Jupiter, Saturn, Apollo, Mercury) written in Richard’s own words.
The mythological archetypes are a cornerstone to all Richard’s work.

Another huge difference is the additional appendix.
Appendix 1 of LifePrints DeLuxe includes an overview
of Richard’s other work beyond fingerprints: his thinking on
hand shape, heart lines, mate selectors and gift markers.
Here’s a sample of one of these pages: 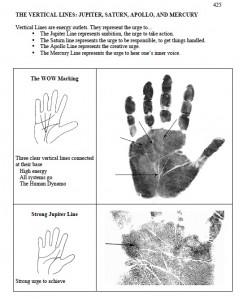 This entire section was edited out of the printed version of
LifePrints because it didn’t relate directly to fingerprints.

Over the years, a lot has been published by Richard’s students
on these subjects but never by Richard himself.
LifePrints DeLuxe ebook enables you to access Richard’s
thinking first hand.

This is the material Richard planned to share
with the rest of the world. Now, for the first time ever,
it’s available to the general public.
It’s worth getting a copy of Richard’s original
manuscript for this Appendix alone. 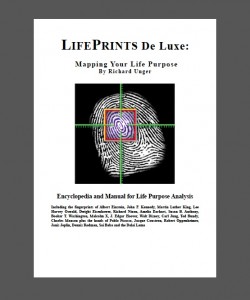