who seems to really need or crave applause.

But then, what if you’ve really helped the world and no-one seems to have noticed?

If so, push this button and get your reward.

Or push it for instant therapy, even if you’re not sure you really do deserve it. 🙂

Soak it in. Let the feeling sink in to your bones. The pleasure of being fully seen and acknowledged.

It’s food for every fibre of your being.

Is this a bad thing?

Some people are built for the limelight or to be constantly in the public’s eye.

Maybe its your destiny to capture the imagination of your entire generation?

Or perhaps it’s simply that you’ve worked day and night, year in year out, without recognition.

If so, go back and press play again. Don’t stop the recording. Let it run as long as it feels good.

Whatever the case, there’s a part of you that craves been seen and acknowledged.

And, particularly if you have a high set Apollo finger, getting applause may be more important than you realize. Look at the image below. The sets mark where each finger joins the rest of the palm. If one set is significantly higher than it’s normal entry position into the hand this indicates a non-negotiable top priority related to the energy running through this particular finger. 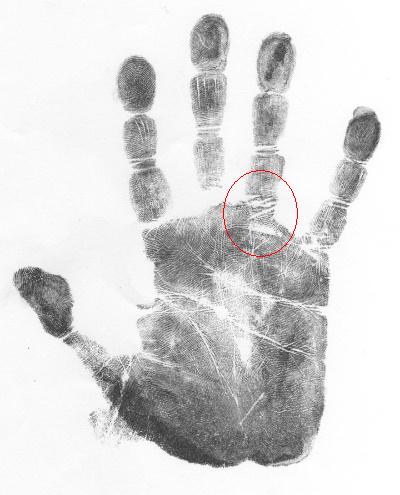 A high set index finger (Zeus/Jupiter) indicates that respect is the number 1 priority. Whereas a high set middle finger (Saturn/Cronus) indicates the need for security trumps all other motivators.

In the image above, the set on the ring finger (Apollo finger) is significantly higher than its normal position, meaning recognition and applause are top of the list of prime motivators, base needs and priorities.

In my experience, most people who have this marker feel guilty about wanting applause and when they learn it’s simply something they really need, and should make sure its built into their day, they relax considerably, see it as natural, and allow themselves to have and enjoy it more often.

To find out more about markers like this one and how to help others see and understand their own depth, beauty and potential, take an on-line foundational course in hand analysis or join one of the professional 3 day intensive hand analysis classes taking place in the coming months. Your first step, if you’re dreaming of becoming a professional hand analyst yourself.

A high set Apollo finger isn’t the only way an above average appetite for applause shows up in hands. Another indicator is the Actress/Performer hand shape. (Fire plus Apollo). We’re busy discussing this type with Richard Unger in Earth School during three hours of classes just on this type.

You can join this two year course here.

6 thoughts on “Are you getting enough applause?”