The length of a person’s headline is thought to represent the amount of time a person spends thinking before making a decision. Of the three major lines on a person’s hand, the headline is the one in the middle. It’s important to note that overall length of the headline is NOT indicative of how intelligent a person is. Rather, see it as the “span” of this particular line. In other words, does this person need or use a long span or a short span of time to think before deciding? 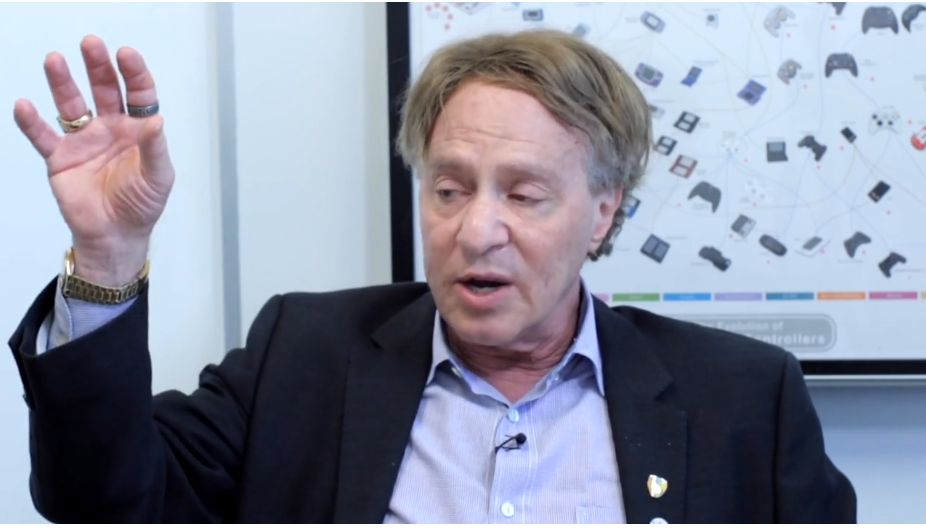 A few months ago I was looking for examples of very short head lines for my new hand analysis foundation series and noticed that very short headlines are quite rare and extremely hard to find. I only found two good examples in about 15 000 hand prints. Then, by chance, I watched an interview with Peter Diamadis, co-founder of singularity university, talking to Ray Kurzweil, futurist, leading inventor who is considered to be one of the most intelligent people on the planet. Ray, as Google AI Director, is now also a key player in the Google/Alphabet nest of start ups and entrepreneurial endeavors. 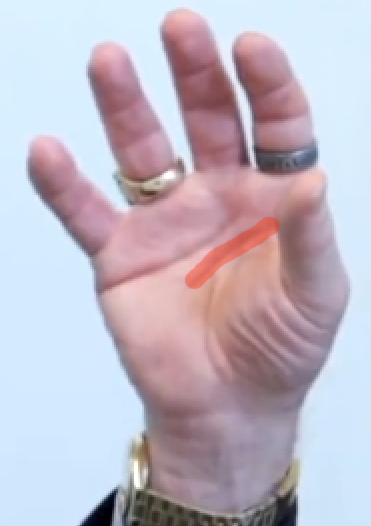 As with all line formations, this indicator, or capacity, is not a good thing nor a bad thing. All hand markers are neutral. Just like a laser precision instrument, it can be used wisely for the good of ourselves and others or to our mutual detriment. It really depends on the person’s level of psychological development rather than intellectual capacity. For example, is the person, as Ray is, aware of their thinking style and do they have partners who can help them self reflect? Further, has the person, if they wield lots of power, become conscious of, and started to work through, their own individual and collective trauma embedded in each of our family lineages? Are their actions and decisions perpetuating and potentially enhancing collective trauma or are they conscious enough to start actively looking at and systematically dismantling faulty systems of thought? In other words, are they choosing ego over eco? These questions need to applied to all people at the leading edge of human development. For example, we have already had 4 years of watching the behavior of a developmentally impaired political leader. (Whether we make harsh jokes or receive the mirror offered graciously informs us more of our own trauma structures aka frozen hearts than we care to own right now.) What happens if our current political leaders, as well as adventurous billionaires wishing to live forever and tech geniuses like Ray Kurzweil upload their egos and trauma structures into AI along with their brains and neural pathways? Is there governance in place to ensure that human trauma expressed as social or financial structures do not get uploaded along with everything else into AI at the risk of subjecting the world to a future ruling class of “AI augmented superhumans”?

The line formations on our hands have been mapped and pondered over for millennia. We could argue that palms lines are the earliest literature predating writing on papyrus or hieroglyphics on rocks, but this modality is still largely scoffed at and considered indecipherable. Hands are possibly the most complex part of the human anatomy. Hands link to the brain and every other part of the body through masses of ultra fine nerve cables and they also extend outward into larger fields. The human body is both electrical and chemical, and the electrical extends beyond the physical body. The hand as an electric switchboard is still one of the world’s greatest unexplored mysteries. The hand seems to serve as a visible switchboard revealing thinking styles and habitual thought. Neurons that fire together wire together. The lines switch on and off and change color as we talk, think or relate to one another. So do whole areas of the palm. These lines change over time but can also change in an instant. For example, if someone has electroshock therapy, all the lines get scrabbled.

Instead of hearsay by teachers, who may often be perpetuating myths passed down or making up their own, it’s time for someone to invest in serious research through a database of documented hand prints plus correlating genealogical and phenomenological data regarding repetitive thinking and behavior.

As humans are both electrical and chemical, it could be argued that humans are “biocomputers”, or even “quantum biocomputers”, largely switched off at the moment, or at least not yet fully matured. We just don’t know this yet.

The unfortunate fact is that we humans are not aware of our own innate potential. And, because of this lack of awareness, we can be easily swayed or even psychologically regressed to earlier developmental stages. This can even go as far as returning to our pre-mammalian survival tactics of freeze, rather than fight or flight. The current pandemic gives us a wonderful opportunity to self reflect on own gut response to existential threat or death fears. What age do we feel we’ve been regressed back to an earlier stage? Knowing this, what can we do differently? With millions of people currently regressed to the survival tactics of lower developmental stages through Covid19’s triggering of our survival fears, what can we do to digest and dismantle our own trauma structures?
Says Thomas Huebl: “Trauma is not an individual issue. Trauma is a collective net. This collective net becomes the societal structure that we are born into. We call it normal because we create relational agreements that become structures in consciousness. There’s a denial, a collective suppression of a symptom….this heaviness is in us 24/7… Health issues are regulation functions that prevent us from being flooded all the time. Trauma is the shutdown of our nervous system and it comes with a degree of disembodiment…”

It would be great if Ray Kurzweil, Elon Musk and all others wishing to merge their or our brains with AI would first address the elephant in the room (collective trauma) before taking us to an exponentially more complex game board.